Multnomah County Library is committed to providing safe and welcoming environments for all patrons. The following rules protect the rights and safety of library patrons and staff members, and preserve and protect the library's materials, facilities and property.

These rules shall apply to all buildings, interior and exterior, and all grounds controlled and operated by Multnomah County Library (such buildings and grounds are hereafter referred to as the "premises") and to all persons entering in or on the premises.

Listed below are the library's rules. Library and security personnel will determine whether a particular behavior is prohibited by the rules. People who violate the rules may be asked to leave the premises and excluded from all library premises for the period of time listed below, by authority of Multnomah County Executive Rule No. 252.

Any person who violates one or more of rules 1 through 5 while in or on library premises will be asked to leave immediately and excluded from all Multnomah County Library premises without first being given a warning.

Any person so excluded shall lose all library privileges for a period of up to three years, and the incident may be reported to the appropriate law enforcement agency.

1. Committing or attempting to commit any activity that would constitute a violation of any federal, state or local criminal statute or ordinance.

2. Directing a specific threat of physical harm against an individual, group of individuals or property. Violation of this rule will result in a minimum exclusion of one year.

3. Engaging in sexual conduct, as defined under ORS 167.060, including, but not limited to, the physical manipulation or touching of a person's sex organs through a person's clothing in an act of apparent sexual stimulation or gratification.

5. Possessing, selling, distributing or consuming any alcoholic beverage (except as allowed at a library approved event), marijuana or any marijuana derivative.

Any person who violates one or more of rules 6 through 19 while in or on library premises will be given up to one warning at the discretion of library staff; then the person will be asked to leave the premises for the day. If the violation involves threatening behavior or behavior that is significantly disruptive, then the person may be excluded for a longer period.

6. Engaging in conduct that disrupts or interferes with the normal operation of the library, or disturbs library staff or patrons, including, but not limited to, conduct that involves the use of abusive or threatening language or gestures, conduct that creates unreasonable noise, or conduct that consists of loud or boisterous physical behavior or talking.

7. Using library materials, equipment, furniture, fixtures or buildings in a manner inconsistent with the customary use thereof; or in a destructive, abusive or potentially damaging manner; or in a manner likely to cause personal injury to the actor or others.

8. Not following the reasonable direction of a library staff member or library security officer.

9. Soliciting, petitioning, canvassing or distributing written materials inside a library building, including the doorway or vestibule of any such library building or in a manner on the library premises that unreasonably interferes with or impedes access to the library.

10. Interfering with the free passage of library staff or patrons in or on the library premises, including, but not limited to, sitting or lounging on the floor when not actively browsing shelves or participating in library programs.

12. Bringing bicycles or other similar devices inside library buildings, including, but not limited to, vestibules or covered doorways.

13. Operating roller skates, skateboards or other similar devices in or on library premises.

14. Parking vehicles on library premises for purposes other than library use. Vehicles parked in violation of this rule may be towed at the owner's expense.

16. Consuming food on library premises (except at library-approved events), or possessing food or drink that creates a potential nuisance because of odor, garbage or spills. Beverages in covered containers are allowed. No food or drink of any kind is allowed inside the John Wilson Special Collections at Central Library.

17. Bringing animals inside library buildings (with the exception of service animals recognized by the Americans with Disabilities Act and animals allowed at library-approved events), or leaving an animal tethered and unattended on library premises in violation of Multnomah County Code §13.305.

19. Taking library materials into restrooms if the materials have not been checked out.

Any person who violates one or more of rules 20 through 23 while in or on library premises will be given up to two warnings at the discretion of library staff; then the person will be asked to leave the premises for the day. Subsequent offenses by that person will result in that person being asked to leave the premises and excluded from all Multnomah County Library premises. Any person so excluded shall lose all library privileges for a period of up to six months.

20. Sleeping or appearing to sleep in or on library premises.

21. Improperly using library restrooms, including, but not limited to, bathing, shaving or washing hair.

22. Using phones or other personal electronic equipment at a volume that disturbs others.

23. Leaving one or more children under the age of six, who reasonably appear to be unsupervised or unattended, anywhere in or on library premises.

Any person who violates one or more of rules 24 through 27 while in or on library premises will be excluded from the premises until the problem is corrected.

24. Entering or remaining upon library premises without wearing shoes or sufficient clothing.

25. Disturbing others because of odor.

26. Entering or remaining upon library premises with belongings that cannot be carried in a single trip and stored under a library chair or table without disturbing others.

27. Entering or remaining upon library premises with an unauthorized weapon.

People who violate any library rule after having been excluded for one or more library rule violations may face a longer exclusion than indicated in this document.

Patrons need not violate the same rule to be subject to stricter enforcement and may not be warned that their behavior is inappropriate before being excluded. 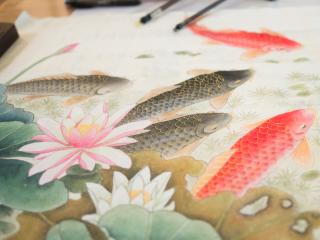