Prior to the 1950s, the trend was to provide library service to each neighborhood through bookmobiles, reading rooms, sub-branches and small branch libraries. The goal was for all local residents to have access to library service within one mile of their homes. By the 1950s, the trend was shifting toward providing fewer, though more adequate, libraries.

In 1955, a multi-year staff study of branch library service resulted in a recommendation to establish six Class A branches in Multnomah County that would offer more hours of operation, stronger book collections, daily deliveries from Central Library and a full range of additional services. The study identified six areas: North Portland, Northeast Portland, Southeast Portland, Southwest Portland, East suburban Portland, and East County. These major library branches were to be supplemented by sub-branches and bookmobiles. Instead of the 19 sub-branches and four bookmobiles that were in use, the new program of service would be comprised of six branches, five sub-branches, and six bookmobiles. 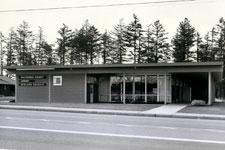 Midland Library opened at its original location on March 16, 1958. This library and Southwest Hills Library, which opened in 1957, were the first new branch libraries that had opened in 21 years. The new libraries gave local residents their first look at modern branch library service.

Usage of Midland Library exceeded all expectations, and, in the early 1960s, the building was expanded from the original 5,700 square feet to 6,850 square feet. Midland Library continued to grow, becoming the second busiest branch of the library system with a circulation of more than 452,000 items in 1992-1993. In May 1993, voters approved $5.3 million for the construction of a new library building.

Quotations on the east side of Midland Library

A child said, What is the grass? ...I guess it is a uniform hieroglyphic...In the leafy shade...it seems more than all the print I have read in my life...

There came a wind like a bugle — it quivered through the Grass — How much can come — And much can go — any yet abide in the World!

The grasses satisfy the nameless notion of the air. Upon the floor of light, and time...descend, minutely whispering down. We live in time so little time...that we may spare this hour's term.

Hours are crowded. If not hours. Then days. Thank you.

Where the wind ended and we came down it was all grass. We miss those dreams...the strange old places we left behind. We should consider...lest the parade of our mutual life gets lost in the dark.

Perambulate the bounds of imagination's provinces...not the insignificant boundaries of towns. The excursions of the imagination are so boundless, the limits of towns are so petty.

I dwell in Possibility — A fairer House than Prose — More numerous of Windows — Superior for Doors.

Nature in the house will still be novel outdoors.

As simple an act as opening the eyes merely coming into things by degrees...Profusion of green, the leaves.

The alphabet of the trees is fading...thin letters that spelled winter and the cold have been illumined with pointed green...In summer the song sings itself above the muffled words. 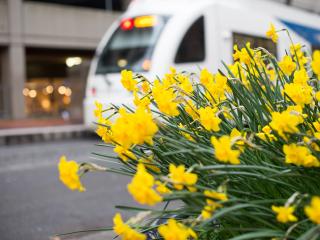