David Naimon is a writer and host of the radio broadcast and podcast, Between the Covers, honored by The Guardian as one of the best book podcasts today. He has interviewed such authors as Anthony Doerr, Colson 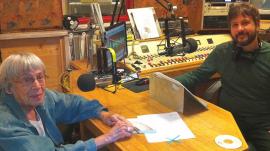 Whitehead, Ursula K. Le Guin, George Saunders, Claudia Rankine, and Maggie Nelson. His own writing can be found in AGNI, Tin House and Boulevard among others and has been cited in The Best American Essays, The Best American Travel Writing, The Best Small Fictions and the Pushcart Prize anthology.

There’s a lot of talk these days about building walls, but little discussion about one already built, a long-standing high-security literary wall. As the host of a book podcast, I’m often thinking about how to curate a roster of writers who reflect the multiplicity that is the literary world, guests writing from a wide array of backgrounds as well as writers writing in different or harder to classify literary forms. As a nation that historically has regarded itself as a welcoming place to immigrants, we love narratives — from Saul Bellow to Viet Thanh Nguyen, from Maxine Hong Kingston to Junot Diaz — written by or about immigrants becoming American. But, oddly, at the same time, we seem incurious when it comes to literature not originally written in English.

There is an oft-cited statistic that translated works make up a paltry 3-5 percent of the books published in the U.S. in any given year. But Eliot Weinberger, translator of Octavio Paz, Jorge Luis Borges and Bei Dao among others, says this statistic is entirely false. Only 300 to 400 literary translations are published each year — an incredible .3 to .5 percent of the annual books published, Weinberger argues. Fortunately, one of the unexpected silver linings of the collapse of the big six publishing houses is not only the rise of small presses, presses that take more risks (and which have been coming away with some of the biggest literary awards as a result), but also the rise of small presses devoted to translation. We seem to be in the beginnings of a translation renaissance. The origin of the phrase “to translate” comes from the Latin translatus, which means “to carry across.” My list of recommended titles is written in the spirit of this new interest in carrying works of literature across the literary wall, this new desire to be inspired and renewed by the writing of other cultures. And if you find yourself taken by one or more of these books, you can follow up your reading of it with a listen to my conversation with the author. 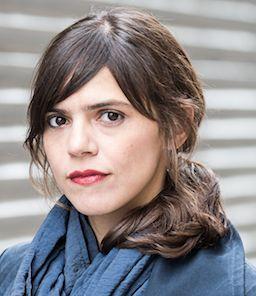 Faces in the Crowd by Valeria Luiselli
Mexican writer Valeria Luiselli has an unusual relationship with her translator. Before Christina McSweeney translates one of Luiselli’s books, McSweeney asks to know the songs Luiselli was listening to, the images she was looking at, and how the room looked where she wrote the book. Luiselli herself explicitly plays with the role of translation in her work and with the role of the translator in a book’s creation, even going so far as to include a chapter in one of her novels written by her translator. It is hard to pick which of Valeria Luiselli’s three utterly enchanting books to recommend here but the one closest to my heart is Faces in the Crowd. It follows a a Mexican translator in New York charged with finding “the next Bolaño.” She discovers the work of an obscure poet, falls in love with it, finds herself possibly haunted by his ghost, their identities becoming more and more porous as the novel (and her translation of him) progresses. 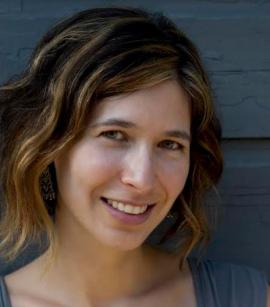 Ways to Disappear by Idra Novey
Ways to Disappear is the first novel by poet and translator Idra Novey. Perhaps best known for her translation of Clarice Lispector’s classic The Passion According to G.H., Novey plays with the ways translators really aren’t “best known” for anything, the ways in which they are delegated to the shadows and their work never considered a truly creative act in its own right. Novey flips the narrative in this novel, making the translator, Emma, super visible as the hero-protagonist at the center of an international thriller/mystery. When Emma’s author, Beatriz Yagoda, the one she has been translating for years, goes missing, Emma abandons her boyfriend and her life in Pittsburgh to go to Brazil to find her. ‘Who could know an author better, her mind and intentions more thoroughly, than the author’s own translator?’ Emma thinks. But Beatriz’s Brazilian family, the ones that see her daily unwritten moments, beg to differ. Ways to Disappear is a page-turning philosophical book, one that functions both as a witty suspense novel and a meditation on the mysteries of language. 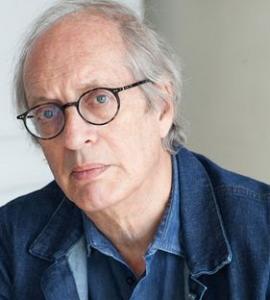 Nineteen Ways of Looking at Wang Wei by Eliot Weinberger
Paris Review editor Lorin Stein calls Nineteen Ways of Looking at Wang Wei “the best primer on translation I’ve ever read, also the funniest and most impatient,” and that is the marvel of this little book. If you are already interested in poetry and come to this book with a curiosity about the mysteries of translation, you will surely love Weinberger’s classic. But if you are intimidated by poetry and don’t think you have any particular interest in translation, this book may yet provide an unexpected entryway into both. The project is deceptively simple, with Weinberger examining 19 different translations of a classic four-line poem by the eighth-century poet Wang Wei, but the result is a newfound wonder about language and cross-cultural communication. You will finish this book marveling at the creative feat of any act of translation, running to your favorite dog-eared copy of Anna Karenina or Remembrances of Things Past to see which translator gifted you access to these works written now once again in your own tongue. 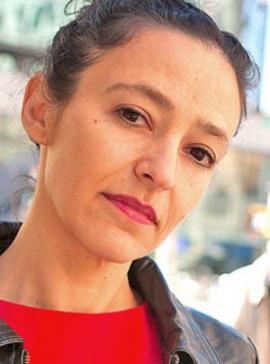 Seeing Red by Lina Meruane
It’s rare that a writer tours for their book in its translated form, and even rarer that such a writer comes through Portland. So I felt fortunate to get the chance to interview Chilean writer Lina Meruane, an author already well-known in the Spanish-speaking world. She has just now had one of her books translated into English for the first time, thanks to Deep Vellum, one of the newer presses dedicated solely to works in translation. Deep Vellum joins the likes of publishers old and new (for example, And Other Stories, Coffeehouse Press, New Directions, Tilted Axis, Wakefield Press) that are making this a particularly exciting time for American readers (and book podcast hosts). Seeing Red opens with the narrator losing her vision and somehow creates a text that is more visual, not less, as a result. Intertwining fiction and autobiography, the novel explores and interrogates the tropes of illness narratives in relation to gender and gender stereotypes. As a result, Seeing Red defies your expectations at every turn.
Part of the reason it felt like literary luminaries W.G. Sebald and Roberto Bolaño exploded on the American literary scene in one big boom is because it took us so long to take notice and begin translating their work. Once one book caught on, the rest came in one big rush. Hopefully, with this renewed interest in translation, we won’t have to wait quite as long for an onrush of translation of Lina Meruane’s work. I’ll be first in line to read the next one.
Listen to audio of my conversations with Luiselli, Novey, Weinberger and Meruane.
Alison K. | 周五, 3 月 17, 2017
read, listen, watch, mcl blogs, literary, guest picks

Leaping the Literary Border Wall: Picks from Between the Covers' David Naimon

Travel the world -- read in translation. 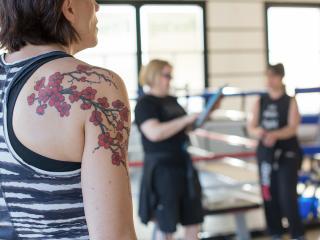