There are many questions surrounding Sacajawea's story that have been controversial. One is the correct spelling/pronunciation of her name and another question is at what age and where did she die? My search for accurate information about these questions and others about Sacajawea led me to the descendants of her tribe of origin, the Lemhi Shoshoni. I found a site from the Sacajawea Interprative, Cultural, & Educational Center. Tim Woodward interviewed members of Sacajawea's birth tribe. The story of the kidnapping and slavery of Sacajawea and her marriage to Charbonneau make difficult reading. Her life as a member of the Corps of Discovery is but a small piece of her complex history. From the time she was kidnapped, Sacajawea's life was determined by people who were not interested in her happiness but in taking advantage of her talents. Sacajawea probably died due to an illness that may have resulted from the birth of her second child, a daughter named Lissette.

Sacajawea gave birth to Jean-Baptiste during the first winter of the expedition when they were camped at Fort Mandan in North Dakota. William Clark was very fond of the toddler nicknamed "Pomp" or "Pompey". And here are landmarks the Corps mapped and named after Pompey. After the expedition he was provided for by Clark, but never adopted by him. Jean-Baptiste spent time as an adult in Europe but eventually returned to the United States to take up a mountain man lifestyle similar to his father's. The man, who had traveled as a child on one of the greatest explorations of all time, died and is buried in Oregon. 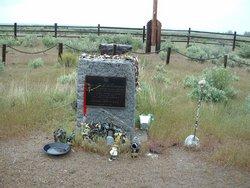 Seaman was a Newfoundland dog and a valued member of the Corps of Discovery. He was purchased by Meriwether Lewis for $20 (about $400 in 1806), perhaps because he had webbed feet and much of the trip was intended to take place by pirogue. Seaman caught small game, entertained the expedition members and provided excellent service at guard duty. There are many theories about what became of Seaman. This version of Seaman's fate is my favorite...and it appears to be based on some historical evidence.  Here is a great photo of a sculpture including Seaman which is located in Fort Clatsop National Park--he is paying very close attention to the flounder rather than his guard duty. 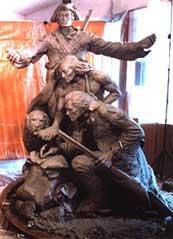 The rest of the Corps included volunteer members of the U.S. Army and a handful of civilians. They were chosen for the skills they could contribute in carrying out the goals of the expedition and for keeping all members alive and safe. The U.S. Army created a terrific summary of the privates, the civilians, and the boatmen.