Multnomah County Library is one of the busiest public library systems in the United States, but it offers far less space than similarly sized communities. In addition, about 40% of Multnomah County’s population is east of Interstate 205, but only 20% of library space is in that region.

The library provides social, educational and cultural programs, resources and services to more than 20,000 people each day, online and throughout its 19 public locations.

On March 5, the Multnomah County Library District Board referred a $405.5 million bond measure to the November 2020 ballot to increase the library’s total square footage by nearly 50%. If approved, the measure would build, rebuild or renovate seven library spaces; add modern technology infrastructure including gigabit speed internet; and update library facilities and materials handling. The measure would create a community-based oversight and reporting body.

The November 2020 bond measure would fund:

The library began a public input process in 2016 to hear the community’s priorities for library spaces. That process included participation from nearly 2,000 community members at 13 culturally specific focus groups and 51 community conversations at libraries, community centers, service agencies and partner organizations across Multnomah County. The library also sent a public survey that received more than 1,700 responses.

In 2017, the Multnomah County Library District Board approved the Framework for Future Library Spaces, a long-term vision to expand and modernize library spaces. The library then began a phase of due diligence work with experts to study the costs, funding, and timelines of projects that would achieve the framework’s recommendations.

For additional input, the library convened a Blue Ribbon Committee, composed of local civic and business leaders, to independently review the library’s research, plans and costs for future spaces. The Committee jointly submitted its feedback and considerations to the Multnomah County Library District Board. Read the Memo [pdf]. The library also reviewed cost estimates with independent cost estimators and industry experts.

The library completed this work in early 2020 and presented its recommendations to the Library District Board on January 30, 2020. The board referred the measure to the November 2020 ballot on March 5, 2020.

Sign up to receive messages about the library's progress. 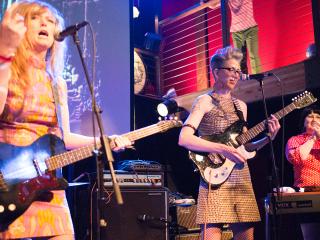