In 1906, Central Library in downtown Portland was still a train ride away from many parts of Multnomah County. To help enhance library service to outlying areas, the library formed a county department to distribute books to residents of underserved neighborhoods. This service was usually through a “deposit station” of about 50 books and magazines, located within a fire station or private home. The books’ packing crate became a two-shelf bookcase when turned on its side.

By 1909, the Woodstock neighborhood offered one of 15 deposit stations in Multnomah County. The Woodstock collection — which began as a collection of children’s books located within a public school — circulated a total of 3,283 times in the first five-and-a-half months.

On May 16, 1911, the Woodstock deposit station was replaced by a “sub-branch” library that offered many more adult and children’s books than the deposit station crate, but without all of the reference and other library services found in a regular branch.

The Woodstock sub-branch grew again when it moved into a larger and more spacious storefront facility on September 12, 1914. In 1917, it finally reached full branch status with an increased book collection, reference services, and adult and children’s programs.

In 1918, a salary increase of $10 per month indirectly threatened to close several branches, including Woodstock, but other economies helped to accommodate the raises. Also that year, all Multnomah County libraries were forced to close between November 1 and 16 in an effort to stop the influenza pandemic.

In the 1920s–1940s, Woodstock Library became an important part of the neighborhood, despite the fact that it occupied numerous temporary locations within rented storefronts during that time. During the Depression, customers who were unemployed relied heavily on library resources; plenty of enforced leisure time enabled them to read books or search for new jobs. During World War II, neighbors asked library staff for help identifying the exotic places they heard about in news reports, and they attended programs that taught them how to plant “victory gardens.” After the war, returning soldiers turned to the library for information on buying homes or starting new careers. Throughout the years, neighborhood children found an endless variety of clubs, activities and programs at Woodstock Library. 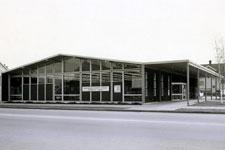 In the 1950s, Multnomah County Library staff studied alternatives for serving the changing population — and increase in automobile use — throughout the county. The preferred program divided the county into six areas. Each area would have a “Class A” branch that would offer expanded hours of operation and a full range of services, including a strong book collection supplemented by a daily delivery of materials from Central Library. The smaller deposit stations, sub-branches and branches would then be replaced or combined to provide more substantial collections in larger buildings that could be located further apart.

At that time, library staff also considered consolidating the small Woodstock and Sellwood-Moreland branches. Both of these branches had struggled for many years in inadequate rented spaces. Ultimately, the library decided to replace each with a permanent branch library building. In 1959, construction began on Woodstock’s permanent building at 6008 S.E. 49th Avenue, at the eastern end of the neighborhood’s business district.

Woodstock Library moved from leased space at 4426 S.E. Woodstock Boulevard to a new 5,640-square-foot building on S.E. 49th Avenue, and was dedicated on June 1, 1960. That year, the president of the Library Association of Portland noted in the annual report, “Community response to this fine example of an adequate extension agency has been gratifying. This accelerated use fortifies the principle that excellent, strong book collections, strategically placed, provide economical and satisfactory extension [branch] service.”

In May 1996, Multnomah County voters passed a $28 million general obligation bond measure to to improve technology in all branch libraries and to renovate deteriorating branch libraries.

Physical and functional analyses of Woodstock Library in 1996 showed it had serious structural, electrical, mechanical, plumbing and lighting problems. In addition, the analysis revealed a mold issue in the internal walls and under the floor. Also, the building did not comply with current seismic or Americans with Disabilities Act codes. Multnomah County Library decided to replace the building after considering the nature and cost of these repairs. Other deciding factors included the need for data and telecommunications upgrades and the potential for adding meeting space for library programs and community meetings.

A search for a larger suitable building or property in the Woodstock area was unsuccessful. Woodstock Library’s old building closed for a final time on January 17, 1999, and it was demolished shortly after to make room for a new, larger building. Many of the old building’s materials were recycled or salvaged for reuse. 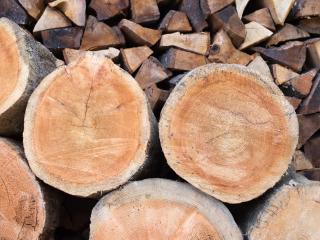