Middle school can be so awkward!

Ah, back to school! The crisp fall days, football on Friday nights, challenging classes, and the absolute terror of starting at a new school! I switched from public to private school in 8th grade and, fortunately for me, the students were really friendly and welcoming.  I bonded with a couple of girls right away over soccer and disco, and even though our main teacher was a bit intimidating, I managed to get along with her despite being sent to the library for talking to a pal during a boring film.

Penelope (aka Peppi) has a pretty rough start when she begins classes at a new middle school.  On the first morning of the first day, she manages to trip in the hallway and scatter books and papers everywhere.  When Jaime, a kind, but nerdy boy, attempts to help her and the mean kids laugh at them, she screams at him to leave her alone.  She almost instantly regrets her action, but can't seem to find a way to apologize and avoids him like the proverbial plague.  Peppi finds friends among the Art Club and things are going pretty well, but then - horror of horrors - the science teacher assigns Jaime to be her tutor!  What's a girl to do?  Skip the sessions and flunk science or just face the music?  Maybe art can meet science and have something positive emerge.  You'll have to read Awkward by Svetlana Chmakova to find out.

Are you heading back to class or just wanting to relive those days? If so, check out these graphic novels about the school experience...they've got to be more fun than a calculus textbook!

0 user(s) commented on Middle school can be so awkward! | Start the conversation

In which yours truly finally falls in love with manga

As with many pleasures,  like food, music, movies and books, we tend to find what we love and stick with that. When readers ask me for suggestions on what to read next, they usually know what they like and want to read more of it. But as with food, music, movies and other such pleasures, it never hurts to try reading something new. My something new is manga.
The most basic definition of manga is comics that are originally produced in Japan. Manga includes works in a wide range of genres. You can find manga translated into a variety of languages 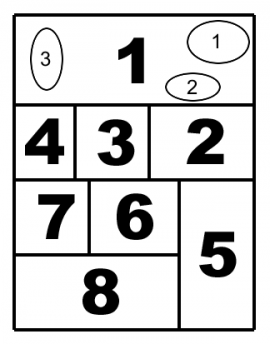 but they all retain the traditional reading direction of Japanese manga, which is that is you read from right to left. If you are used to reading from left to right, manga will take a little getting used to. But believe me when I say that when you find a series that sparks your interest, reading from right to left will come easily.
The following three titles have been my introduction to this popular comic medium, and each one has made me finally fall in love with manga.

Wandering Son by Takako Shimura is a series that is hard to miss. Among a sea of similarly sized paperback manga, Wandering Son is the rare hardcover series. The story centers around a fifth grader named Shuichi Nitori who has just transferred to a new school. During their first day of school Shimura meets Yoshino and the two become instantaneous best friends. And both Shimura and Yoshino are transgender. I really love Takako’s minimal and dreamy illustration style, and that this series focuses on the elements of curiosity and discovery that go along with gender identity and puberty.

I admit that I was so excited and impatient to read Black Butler by Yana Toboso that I bought the first book. Set just outside of London during the Victorian era, this series revolves around a young noble, Ciel Phantomhive and his loyal butler Sebastian. Ciel is quite demanding and Sebastian is ever willing to oblige, to the point that it appears that Sebastian can do what no other human can. So, is Sebastian human? I love Toboso's  gothic and lush illustrations and the melding of historical fiction, mystery, and a bit of fantasy.

In Blue Exorcist by Kazue Katō you meet Rin Okumura and his twin brother Yukio. Rin and Yukio were both raised by Father Fujimoto, an exorcist. Rin has only ever known the world of his adoptive father, a world in which demons are to be fought and killed. But one day Rin finds out that both him and his brother are the sons of Satan, the most powerful demon. Rin being the stronger of the two brothers is the only one who has inherited demon powers. Determined to use his demon side for good Rin enrolls in the True Cross Academy, a school for exorcists in training. I’m a big fan of all things horror so this series immediately grabbed my attention. But I also love the dabs of comedy that are played out in the sibling rivalry between Rin and Yukio.
I am crazy in love with these series and excited to find more manga to dive into. If you have never tried manga I hope that I can convince you to give it a try. If you are already a manga fan, I'd love to hear about your favorite titles!
Alicia T. | Tue, Aug 18, 2015
teens, comics/graphic novels