This special book discussion series brings readers together with Portland State University Professor Kimberley Brown to explore five memoirs and novels selected by National Public Radio international correspondent Deborah Amos around the theme, "Points of View." We'll encounter individual experiences in Muslim-majority societies representing a diverse geography and some of the best contemporary storytelling. Participants are expected to attend all five discussions between October 2013 and April 2014. Books and discussion materials will be provided. After registering, pick up your copy of In the Country of Men in Central Library's Popular Library. To have a copy sent to your local library for pickup, please contact Lee Catalano (leec@multcolib.org or 503.988.5728). Copies of the subsequent books will be distributed at the end of each discussion.

Kimberley A. Brown is a professor of Applied Linguistics and International Studies at Portland State University. She has a Ph.D. from the University of Minnesota in Second Languages and Cultures Education, and specializes in language and culture, World Englishes, food in globalization, and how to be interculturally competent. She lived in Iran between 1978-1980, experiencing first hand the revolution overthrowing the Shah, the U.S. hostage crisis, and the beginning of the Iran-Iraq War.

No events are currently scheduled for this program. 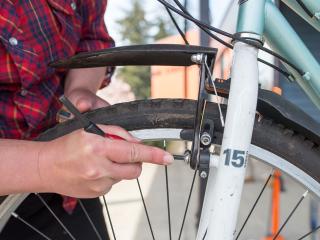