PORTLAND, Ore. — Jan. 9, 2018 — , Multnomah County Library’s 17th annual community reading project Everybody Reads 2019 begins this week with the distribution of free copies of Americanah (for adults) and We Should All Be Feminists (for high school students) by award-winning author Chimamanda Ngozi Adichie. The goal of this annual project is to engage deeply around the themes of a book, and convene meaningful conversations around difficult issues.

Thanks to The Library Foundation, 4,500 copies of Americanah are available to pick up at libraries across Multnomah County. An additional 4,900 copies of We Should All Be Feminists are being distributed to high school students who are studying Adichie’s essay in the winter term. The library encourages readers to pass those copies along to friends and neighbors once they’ve finished the book. For the first time, readers can instantly access unlimited downloadable audiobook copies of Americanah through the RBdigital platform. E-book copies are available through Overdrive.

Community members are invited to attend the many Everybody Reads discussions and related programs taking place at libraries and elsewhere in the county, including a talk on the history of Black feminism, an overview on how to run for office and many others.

Adichie will speak on Thursday, March 14, 2019 at 7:30 pm at the Arlene Schnitzer Concert Hall. The event is sold out.

A Nigerian-born artist whose influence spans continents and genres, Adichie has received acclaim as an author, poet, playwright and speaker. She was a recipient of a MacArthur Foundation Fellowship and her work has been recognized with the O. Henry Prize, the National Book Critics Circle Award (fiction) and the PEN Pinter Prize, among many other distinctions.

“Chimamanda Ngozi Adichie’s writing is simply beautiful, but it also plumbs deep truths within and around us,” said Director of Libraries Vailey Oehlke. “With these two works, she offers us vehicles for important and constructive conversations about our culture and ourselves.” 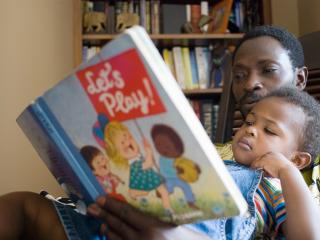