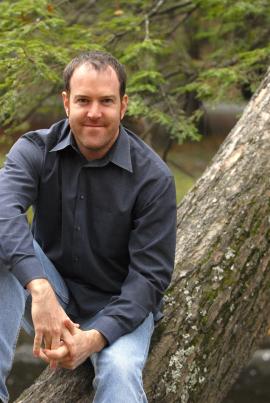 Our guest reader is Steve Sheinkin, an award-winning nonfiction author and this year's speaker at our Teen Author Lecture.

I started out writing screenplays and comics, and then, because I wasn’t actually making any money, I got a job writing history textbooks. Now I’m trying to make amends for that particular crime by writing nonfiction books for teens that are actually fun to read. When I visit schools and describe my job, there’s usually one kid who raises his hand and says something like, “Oh, so you do homework for a living?” It’s not true, though I guess I do spend a lot of days just sitting at my desk, reading and taking notes. I happen to love it. I think of the research process as a sort of nerdy detective work.

In my free time, or while traveling, I love to read crime and detective novels. Everything from the original stuff, like James M. Cain’s Double Indemnity and the short stories of Dashiell Hammett, to Patricia Highsmith’s Mr. Ripley books and Richard Stark’s Parker novels. Right now my absolute favorite is the incredible Martin Beck mystery series, a set of Swedish police procedurals written by a wife-and-husband team in the late 1960s and early 70s. I’m also tearing through Shigeru Mizuki’s History of Japan, a series of four 500-plus page graphic novels (last volume due in July) combining the artist’s own lifestory with that of the last 80 years of Japanese history. Not too ambitious, in other words.

In terms of movies, these days I mostly go with my kids, 8 and 5. When I get a chance to watch a movie that doesn’t have Spongebob (don’t get me wrong, he’s cool) I go for 1940s noirs, like Out of the Past.

Though I like comedies too, and actually just the other night my wife and I decided to show our kids one of my all-time favorites, the Marx Brothers’ Duck Soup. My five year old declared the opening scene “boring,” and marched off to bed. Then he came back ten minutes later, just to see how things were going, and he watched Harpo rolling up his pant legs and jumping into the obnoxious vender’s vat of lemonade, and he laughed so hard he literally fell off the couch. So I consider that a success.

I won’t try to list styles or music or bands, it’s too hard, but I’ll tell you a story about one of my favorites, Elliott Smith. I know he had Portland connections, but he also used to live in Brooklyn, where I was born, and lived for years as an adult. Once, after a move to a new place, I started getting mail addressed to Elliott Smith. Couldn’t be that Elliott Smith, I figured; this was the late 1990s, so he was fairly well known. But it turned out it was him. He’d just moved out, the women on the top floor told me, and the crazy landlady downstairs, this fake-orange-haired troll who’d come out of her room to shout “You’re nothing but a couple of waiters!” to the aspiring filmmakers on the second floor, used to berate Elliott too, and eventually drove him out of the building. I’ve always wondered if she shows up in any of his songs. Wish I’d gotten the chance to ask.

Steve Sheinkin's other than SpongeBob picks

Noir and nerdy, with a pinch of indy 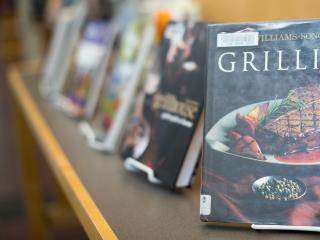