Banned Books Week (September 22-28, 2019) is an annual event celebrating the freedom to read. The event spotlights current and historical attempts to censor books in libraries and schools. It brings together the entire book community — librarians, booksellers, publishers, journalists, teachers, and readers of all types — in shared support of the freedom to seek and to express ideas, even those some consider unorthodox or unpopular.

The books featured during Banned Books Week have all been targeted for removal or restriction in libraries and schools. By focusing on efforts across the country to remove or restrict access to books, Banned Books Week draws national attention to the harms of censorship. You can learn more about books that have been challenged or banned from the American Library Association's Banned and Challenged Books site, hosted by ALA's Office for Intellectual Freedom.

This year, Multnomah County Library will celebrate the freedom to read with displays at libraries and with Drag Queen Banned Books Bingo, featuring Poison Waters. In the meantime, explore some of the titles that have been the object of challenges over the years.

Your banned book display at the Gresham Library had a book that was wrapped in “censorship” paper with the following phrase written on it, “This book needs Jesus.” What exactly does that mean? Are you inferring that Christians are censoring books? Yet I was asked to leave the property by an employee while politely distributing Christian Gospel tracts outside the main entryway describing how Jesus Christ died for our sins and rose again on the third day to pay for our sins and that we can have everlasting life with Him in Heaven if we repent of our sins and follow Him. How is this not censorship?
The book in the Gresham Library banned books display was The Golden Compass by Philip Pullman, which has been removed from some libraries for its religious viewpoint. One of our teen council members wrote the one-sentence description you quote to describe why some people object to that book. People at Gresham Library handing out religious tracts were asked to stand in the area reserved for petitioning and canvassing and asked not to block the library entrance or the book drop.
As a born again Christian, I am not in favor of banning books by any means. Let the world compare the evil and darkness that is contained in these types of books that are devoid of the Gospel of Jesus Christ, (that He died on the cross for our sins and rose from the grave on the third day to save us from hell) with the peace that surpasses all understanding that is found only with Jesus Christ. A personal relationship, not organized religion. For the teenager that wrote the comment, “This book needs Jesus”, I would lovingly tell him or her that “people” need Jesus; repent and follow Him! We were allowed by your security guard to distribute Gospel tracts and we appreciate that. Thank you! However, we were asked to leave the “private property” by a librarian until she was corrected by the security guard. We are sorry if we upset her. We were not trying to offend people but only trying to share the Gospel of Salvation which leads to eternal life in Christ Jesus, our Lord and Savior. Thank you and God bless you! 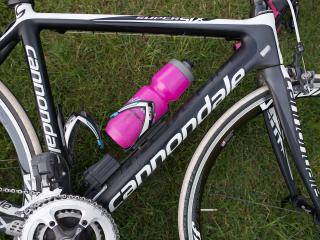