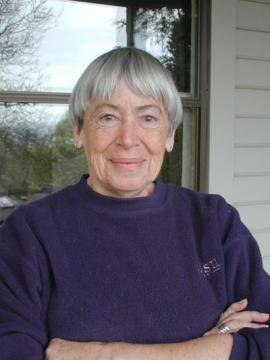 On January 22, 2018, Ursula K. Le Guin left us. To mitigate our sorrow, she left behind poetry, novels, essays and stories, as well as a legacy of speaking out about things that matter: books, reading, and of course, libraries. In this guest post from 2015, she rankled against choosing favorites, and then gave some thoughtful and surprising recommendations. She will be missed.

I have lived in Portland for 56 years now, raising kids, writing books, and reading books. I never would have got through those 56 years without the Multnomah County Library.

“Favorites” -- A favorite book? Impossible! Seven favorite books? Impossible! I have too many favorite books. A lot of them are a lot of other people’s favorites too, so they don’t need to be mentioned. But I’ve just been rereading one that has pretty much slipped outof sight, and I want to remind people of it, because it’s a terrific novel: Thomas Berger’s Little Big Man. It came out in 1964, won the Western Heritage Award, and got a nice movie based on it. But it’s way, way better than the movie. Little Big Man is a highly improbable story told so well that you believe it.

For one thing, you want to believe it. And also you can trust it, because the true parts of it are true. The history (and ethnology) is real. There’s no whitewashing the racism and greed that have always threatened the American dream of freedom. You get the story of what really happened at the battle of the Little Big Horn, not all that Custer hype. You get an entirely new view of Wyatt Earp, Calamity Jane, and several other celebrities, too.

Like Mark Twain, Berger has a pitch-perfect ear for how Americans talk – and think. And like Mark Twain he can ruthlessly indict human stupidity and bigotry while never losing his temper, and being really, really funny. Old Lodge Skins is my hero. I love this book. I wish every high-school kid in America could read it. And then (like me) read it again twenty or forty or sixty years later...

As for nonfiction, I have to mention Rebecca Skloot’s The Immortal Life of Henrietta Lacks, which brings together scientific and medical research (and hypocrisy), the biography of an almost invisibly elusive black woman, the exposure of an act of exploitation, racism and social injustice, and the writer’s own deeply respectful involvement with the people from whom she won this absorbing, troubling, wonderfully told story.

How about a favorite piece of music? Can I have two, please? OK! One is the short opera Galileo Galilei by Philip Glass, performed here in Portland two years ago (a recording of that performance is available now from Orange Mountain). The stage set was all magical circles and spirals and pendulums, lights moving through shadows, illuminating the story that spirals back in time from the dark end of Galileo’s life to a radiant, joyful beginning. Set, words, and music, it was and is completely beautiful.

And for a change of pace. . . how about Hoyt Axton singing “Five Hundred Miles.”  (Find it on the CD Greenback Dollar: Live at the Troubadour). There are several versions of it on YouTube. I like the one where the visual is just a b/w video of a train that comes and goes by and is gone.

Ursula K. Le Guin's Favorites - if you really made her choose

Yes yes! Picking just a few favorite books is impossible! That being said, LOVE the choice of The Immortal Life of Henrietta Lacks. That is scientific non-fiction done extremely well. Wonderful hearing about great books from an author who is high on many people's "favorites" list.
These sound wonderful, especially the first book. Usually, the only way I can endure reading history/historical fiction is when it's blended with lots of humor. So Little Big Man sounds perfect.
I have had the good fortune to have spoken with this fine person on a couple of occasions. She's an amazing writer, and intellect. I would take her word on anything she cared to speak on. That she's a Portland resident is a huge bonus for us here in the Land of Ports.
Absolutely! I'm adding Little Big Man to my list. Thank you for your recommendations.
“Favorites” -- A favorite book? Impossible! Seven favorite books? Impossible! I have too many favorite books. Love that part! That's why I have 49 favorite books and counting!
I want to thank Annie Bloom's Books and Ms. Ursula K LeGuin and her poetry Group for a wonderful visit during my visit to Portland Oregon and surrounding areas. Having the opportunity to visit the store, listen to poetry by 8 wonderful ladies made my time in Portland one I will always cherish. Only God would allow me this opportunity to meet one of my favorite authors at another location will visiting the world's largest new and used bookstore in Portland Oregon, especially when this event had nothing to do with the bookstore I choose to visit. All of the poets opened my heart and my eyes to viewing life's events in a totally different way. Thank you ladies.
Catwings was my first book growing up. I would read and reread it for hours, marveling over the simple sweet story, and the beautiful imagery. I had no idea there were more. This series will always be one I'll treasure. 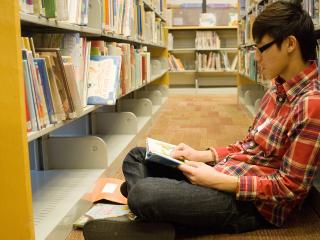