It's said that history is written by the winners but many stories go untold, especially when they concern women. For instance, have you ever heard of Nellie Bly? 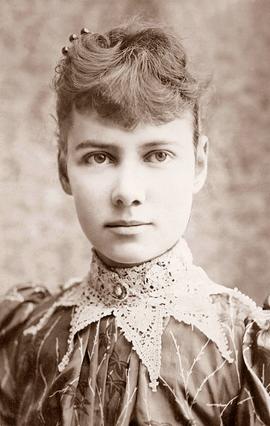 I had a vague notion about her buried somewhere in my brain - 'a reporter, wasn't she?' - but I knew nothing more. As it turns out, she entered journalism at a time when the only role for female reporters was to contribute to the society pages. In a bold move to show her editor that women could do hard-hitting journalism, she volunteered to go undercover, and committed herself to the notorious women's asylum on Blackwell's Island. Bly reported that if one wasn't insane when committed, one would most certainly lose one's sanity in the horrendous conditions on the island. Her work resulted in improvements to the facility and better care for inmates.

A good reporter can never rest on her laurels though, and so in 1889, Bly set out to race around the world in 80 days or fewer to see if the journey that Jules Verne imagined in Around the World in 80 Days could be accomplished. What she didn't realize was that a rival paper decided to make it a race by sending the young Elizabeth Bisland around the world in the opposite direction.

You can follow this riveting story by reading Eighty Days: Nellie Bly and Elizabeth Bisland's History-making Race around the World, by Matthew Goodman, which describes a great chase by ship and train across many countries. The excitement of the race is nicely balanced by the historical detail, and satisfies the curiosity while reading like a novel. You can also join fans of Nellie at an upcoming event that will give you an inside perspective on this remarkable woman.

For more inside stories about surprising women in history take a look at the accompanying reading list.

All That, and in a Corset Too: Surprising women in history

These are histories of women whose accomplishments are all the more amazing, given the constraints that society placed upon them. 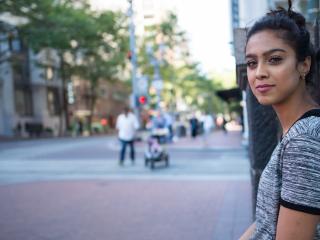