Amanda Morgan is an architect who'd love to design a library someday, and Karen Munro is a librarian who'd love to live in a house made of books. Together, they host Silent Reading Party, a monthly gathering of Portlander 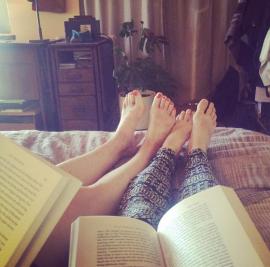 s who like to read together in companionable quiet, with a cocktail. Silent Reading Parties are two hours long, so here is Amanda and Karen's list of books you can read in two hours. (Pick one up just in time for their ticketed edition SRP on the deck of the Society Hotel on August 14th.)

1. I Await the Devil’s Coming by Mary MacLane
The Neversink series from independent publishers Melville House has brought new life to scores of wonderful books.  MacLane’s amazingly-titled feminist memoir was written in 1902 when she was just a teenager living in Butte, Montana.  The book was a huge bestseller in its time and has been described as riveting, shocking, sensational and deeply heartfelt.  If MacLane’s not your cup of tea, check out the full Neversink Library for tons of other great two-hour reads.

2.  Citizen: An American Lyric by Claudia Rankine
Rankine’s book — part personal essay, part poetry, part catalog of visual art — took the literary world by storm when it was published last year.  In the context of police violence toward black Americans and growing tension around race relations, Rankine writes about her own experiences as a black woman and the ways in which blackness and black people are represented in the media.  A short book to dwell on for a long time.

3.  Commencement and other speeches:

We Should All Be Feminists by Chimamanda Ngozi Adichie

Congratulations, By the Way: Some Thoughts on Kindness by George Saunders

This is Water: Some Thoughts, Delivered on a Significant Occasion, about Living a Compassionate Life by David Foster Wallace

Very Good Lives: The Fringe Benefits of Failure and the Importance of Imagination by J.K. Rowling

Because commencement speeches must command departing grads’ waning attention spans, they’re usually brief, provocative, and inspirational. Fortunately for us, the best of these speeches — by some of our finest literary lights — have been published in slim volumes that can be easily read in a single sitting; yet they invite multiple readings with their insights on compassion, success, identity and creativity.

4.  The 33 ⅓ Series from 333Sound/Bloomsbury
Music nerds love this gorgeously packaged, wonderfully idiosyncratic series of slim but passionate paeans to a far-reaching range of essential albums. Each volume explores, in-depth, a single album, weaving broad cultural contexts with the authors’ personal milieus and obsessions. Some writers you’ll recognize, like Jonathan Lethem, who penned the excellent tribute to Talking Heads’ Fear of Music. Others, like Kembrew McLeod, who brings an academic rigor to his appreciation of Blondie’s Parallel Lines, may be new to general readers, though well-established in the world of cultural criticism. There are currently 115 titles in the series, meaning if you find yourself hooked and decide to read one each month, you’ll be bringing them with you to Silent Reading Parties well into 2018.

5.  Glaciers by Alexis Smith
We couldn’t pass up the chance to recommend Portland author Smith’s lyrical novella about a day in the life of a Multnomah County librarian. This lean volume gently seduces the reader into a dreamy reverie about love, loss and longing. The Portland of Glaciers, published in 2012, may well be receding into memory along with the ice formations of the title, so it’s especially poignant to have it preserved in such a lovely work.

6.  Dear Committee Members by Julie Schumacher
If you’re looking for something light and comic, try this epistolary novel about a professor of the humanities struggling against what he sees as the encroaching forces of corporatization and commercialization in his university.  For such a short book, it’s surprisingly moving — and also so funny that it won the Thurber Prize for American Humor in 2015.

7.  The Face series by Ruth Ozeki, Tash Aw and Chris Abani (Not owned by MCL)
Another great venture from a small independent press — Restless Books recently launched an innovative series of short books titled The Face. Each book is one extended essay by an author considering his or her own face, and then following that topic wherever it leads.  Tash Aw, Ruth Ozeki and Chris Abani each offer thought-provoking titles that touch on globalization, identity, assimilation, and more. 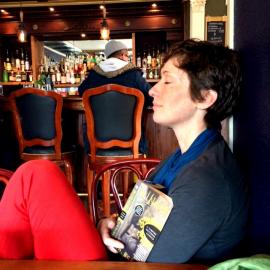 This three-book graphic memoir tells the story of the American civil rights movement through the eyes of veteran activist and Georgia Congressman John Lewis.  Beginning with lunch counter sit-ins and Freedom Rides and culminating in the 1963 “Bloody Sunday” march from Selma to Montgomery, March combines art and words to bring history to life.  Stack all three volumes on your lap and settle in for an amazing ride.

9.  Wabi-Sabi: For Artists, Designers, Poets, and Philosophers by Leonard Koren

Arranging Things: A Rhetoric of Object Placement (not in MCL catalog)

Undesigning the Bath (not in MCL catalog)

Leonard Koren is an artist, architect and writer. His books are short, playful, sensual meditations on aesthetics, and his quiet insights are often broadly applicable to other creative pursuits — and even to the pursuit of simply living a beautiful life. If you’ve ever appreciated a perfectly arranged bouquet of wildflowers, or a thoughtfully curated group of objects on a table, or if you’ve had an “earthy, sensual, and paganly reverential” bathing experience, you’d likely find a kindred spirit in Koren.

10.  Rabbit by Victoria Dickenson, Bee by Claire Preston, Leech by Robert G.W. Kirk, Elephant by Dan Wylie, etc.
If you like to slip out of the human world in your reading hours, consider this elegant series from small publishing house Reaktion Books.  Each title is by a different author and profiles a different animal — wolf, octopus, spider, shark — in a single engaging essay.  Pick your favorite beast and spend a couple of hours learning more about its habits and its world.

Silent Reading Party's books you can read in two hours

Amanda and Karen's recommendations for books that can be read in one sitting - say, at a Silent Reading Party! 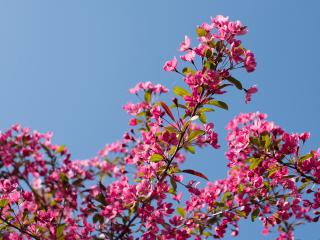