This is part one of a multi-part series on researching past residents of your Portland-area house:

If you’re interested in your house’s history, chances are you want to know more about the people who lived there before you moved in.  The good news is, it is usually both easy and fun to find out who lived in your house!   In this post, I'll show you how you can use historical city directories to find information about who lived in houses that are in the city of Portland.

UPDATE: This post will show you how to find the names of people who lived in your house from 1934 to now. Portland had a massive, citywide address system revision in the 1930s, so finding earlier residents requires an extra step -- finding out your house's pre-1930s address!  We'll deal with that challenge in part two of this series, Who lived in my house? Portland addresses 1933 and earlier.

If your house was within Portland city limits when it was built, or during the time period you want to research, its residents will probably be listed in the Portland city directories.   If you’re not sure when your neighborhood became part of Portland, take a look at the Portland Bureau of Planning & Sustainability’s map of historical annexations to the City of Portland (pdf).

City directories are a little bit like telephone books, except that they date back way earlier (the first Portland city directory was published by the Polk Company in 1864!).  To look at the library's extensive collection of city directories, visit the Literature & History room on the third floor at Central Library.  The librarian on duty will be happy to help you get started – but here's a bit about how to go about using these valuable resources:

City directories often contain more information about people than phone books do.  In addition to a home address, most people’s city directory listings state their job or occupation, and some include their employer’s name.  Usually only heads of household are listed in city directories, but you’ll see their spouses or (in the case of women who are widows) deceased spouses noted in parentheses.

On the right is a listing from the 1934 Polk's Portland (Oregon) City Directory showing that Lida Schuman, widow of Louis L. Schuman, lived in, and probably owned the house at 1737 SW Market St.  (There is an abbreviations code at the beginning of the directory which tells us that "h" means "householder," most likely another way of saying that the person listed both lived in and owned the house.)

Let's look at another one:

This listing (also from 1934) tells us that Gustav R. Magedanz, who worked at a business called Pigott & Magedanz, lived with his wife Martha, at 5115 NE 24th Ave.  There is an "h" next to their address too, so they probably owned the house.

A little bit below Gustav and Martha, there are a couple of other people named Magedanz who share the same address: Marvin Magedanz, a millworker; and Norman A. Magedanz, an attendant at Pigott & Magedanz.  These are very likely relatives of Gustav and Martha – maybe their sons or brothers?  Both of their entries have an "r" before the address.  According to the abbreviations list at the beginning of the directory, this "r" means "roomer or resides." Usually this is an indication that the person or family in the listing rents their house or apartment, rather than owning it.  (Marvin and Norman lived in what appears to be their family home, so they may have paid rent, or perhaps not.)

Pigott & Magedanz has a listing too (shown at right), which tells us that Gustav R. Magedanz and his partner Thomas A. Pigott operated a gas station at 1035 SW 6th Ave., in downtown Portland.

Sharp eyes will note, though, that the listings above are alphabetical by name, not by address!  When you are looking for the past residents of your house, you probably don't know their names, right?  Never fear, Portland city directories published in 1930 and after have a special cross-reference section in the back that you can use to see who lived at a particular address.

Here’s what the by-address listings in the back of the 1934 directory look like – the top excerpt on the left shows Lida Schuman's house at 1737 SW Market St.

And the one below it shows Magedanz family house at 5115 NE 24th.  In both by-address listings, you can see the cross streets at each corner, which can be quite helpful when you're searching for a specific property.

The listings by address don't show as much detail as the listings in the alphabetical-by-name section, but they do sometimes have a little donut symbol to the right of the householder's name.  This means that the person reported that they owned their house.

Now you have a grasp of some of the basics of using city directories to find out who used to live in your Portland house, in 1934 and later!  To learn more about finding past residents of your house before 1934, take alook at the next installment in this series: Who lived in my house? Portland addresses 1933 and earlier.

Have fun researching the history of your house; and as always, be sure to ask your friendly librarian any time you have questions, or whenever you'd like help with a research project!

I'm curious why the series is divided into 1934 and after and 1933 and earlier.
Oh that's a good question! It will all become clear when the second post is published (hopefully next week), but here's an explanation for all who are curious in the meantime: Portland's address system was completely reorganized and reinvented during 1931-1933, so most houses that are older than that had *utterly* *different* addresses before the change. For example, North Portland Library was at 198 Killingsworth Ave; now it's at 512 N Killingsworth St. The old/new address thing complicates the process of using the address to find past residents! --Emily-Jane
The first listing shows 5115 NE 24th, the second example you site indicates 5115 NE 28th. A little confusing...
Interesting article - I look forward to the next installments. However, the first example shows the address as 5115 NE 24th Ave, the second example you indicate the address as 5115 NE 28th in both the text of the article and in the caption.
Oh thank you! The 24th/28th problem was just a typo -- the Magedanz family lived on NE 24th Ave., and I've corrected the text above. --Emily-Jane
im having trouble finding out the names of past residences at my home.name/if they died here...stuff like that. It is crucial that I find out this info asap! 5641 NE Hancock St,Portland,OR 97213-sincerly meredith
Hi Meredith -- thanks for your question! Researching who lived in your house for the whole of its history is a big job, and it's not something library staff can do for you -- which is why I've written this series of posts to help people learn how to do the research themselves! Take a look at the whole series to get a sense for how to start your research (links to the other two posts are at the top of the page). . . . . . . . . If you run into problems or have specific questions, let us know using the Contact a Librarian service (https://multcolib.org/contact-librarian), where you can get a personalized reply -- or of course you can ask the librarian on duty when you are at the library in person. Thanks again! --Emily-Jane, reference librarian
Hi Emily-Jane, Many thanks for a very interesting article/series. I work with a coalition of 12 neighborhood associations in NW Portland and we are planning an event in June 2014 to help residents research their homes' histories. I plan to share your resources with attendees. If you're interested in participating, feel free to let me know. Thanks again, Jen
Who owned my home? House history.
Do you have Portland City Directories for 1944-1949 and 1960-1964
I'm not sure this got through; I'm a newbie at comments to this library. I'd be interested in knowing whether you had Portland OR City Directories for 1944-1949 and 1960-1964.
Thanks for your comment! Comments do get approved by a human, so they take a little while to show up on the page -- sorry about that. . . . . . . . To your question about city directories: Unfortunately, the company that produced most of the Portland city directories, R.L. Polk & Co., didn't produce Portland directories during 1944-1949! Another directory company called Crane Direct Mail Service, produced Portland directories in 1946, 1947, and 1949, but they're a little less information-rich than the Polk's. Here's the Crane directory in the library catalog: multcolib.bibliocommons.com/item/show/1398828068. . . . . . . . Polk's did produce Portland city directories for the 1960s, here's their directories in the library catalog: multcolib.bibliocommons.com/item/show/1258231068 . . . . . . . . (You can see which years are available for both these directory series by clicking on the "View availability details" link in the lower left corner of the screen -- it's pretty subtle but the link is there!) . . . . . . . . I hope this is helpful! But, if you have more questions or if you'd like one-on-one help from a librarian, call (503.988.5234) or email (multcolib.org/help). --Emily-Jane D.
I have reason to believe my apartment is hunted and just wanted to know if anyone ever died in it but I don't want to pay for it. Can you help me? Thanks
Thanks for your question about finding out if someone died in your apartment. As I said above, you can get personalized help -- and it's always free of charge! -- from the library's Ask the Librarian service at multcolib.org/help or by calling 503.988.5234. 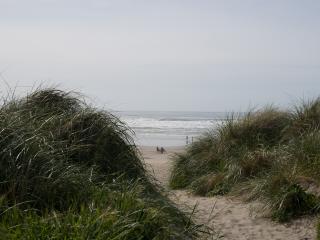